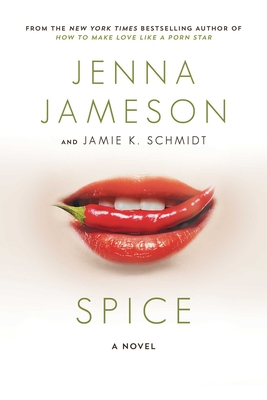 The third and final installment of the bestselling FATE series

As the adult film sensation, SPICE, Liz Carter was known for her sultry looks, sexy curves, and natural DDs. Years ago, a surprise pregnancy prompted her to leave porn and LA for her native New York where she launched a new life as a single mom and graphic designer. Still, having to hide her past for the sake of her son takes its toll. Staying single and solo is a lonely path but it’s also easier—and safer—than risking being recognized. To fill the void, she forms FATE, an informal meet-up group for former adult entertainers who’ve left the life but find themselves in need of a supportive, safe environment where they can speak freely without fear of retaliation or rejection. The tight knit group of five, which eventually includes her bestie, Sarah (SUGAR), becomes more than friends—family.

FATE is just a few months old when Liz learns she has breast cancer. The decision to have a double mastectomy is agonizing but doing so will give her the best shot at seeing her son grow up. The multiple surgeries and chemotherapy are grueling but with the help of her fellow FATEs, she comes through. Cancer-free for more than a year, she is back from a mother-son vacation to Disney World when she runs across a Facebook message from a former male stripper seeking to join the group. A coffee meet-up to screen the potential newcomer proves to be more than Liz bargained for—a lot more.

Tall, dark, and Irish-American, Sean has her seriously rethinking her “single and solo” status. For the first time since her diagnosis, she feels sort of...sexy—so long as she keeps her clothes on and her scars hidden.
Will Liz learn to trust again only to have it—and her heart—broken?

After his sister, an adult film star, dies from an inevitable drug overdose, PhD candidate Sean O’Malley does some digging into the porn-star life and stumbles upon FATE. Curious about the correlation between drug usage and the industry, he contacts Liz—the group’s smart, sexy leader. Hoping to better understand his sister’s life and death, he poses as a former male stripper seeking guidance and support. If he can be accepted into FATE, maybe he’ll get the answers he seeks.
But infiltrating the group isn’t easy. Though Sean eventually wins over most of the members, there’s only one flaw in his plan: Liz. But he has work to do and his late sister to think about. He must continue his research. So why does he keep finding excuses to put off finishing it?