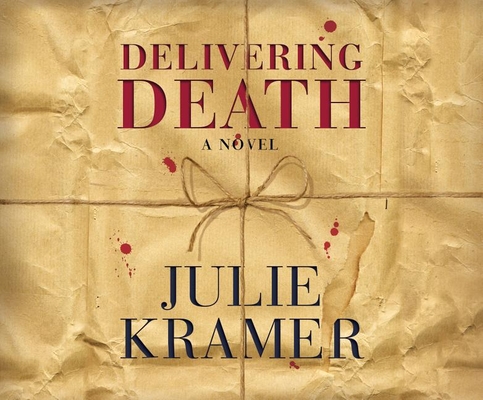 When TV reporter Riley Spartz receives a package of rotting human teeth in the mail at work one day, she's quickly embroiled in a homicide investigation that spirals into one of the odder cases the Minneapolis police force have ever seen. Though they try to keep certain grisly details quiet, this murder has a strange twist - it seems that the criminal wants his crimes publicized. Riley's investigation takes her inside a lucrative identity theft ring that links criminals from all walks of life. But as the stakes continue to rise, Riley finds herself face-to-face with a murderer who's willing to risk it all for a killer story, and has lured her into a fatal trap.

Julie Kramer writes thrillers set in the desperate world of television news. Her debut Stalking Susan, won the Minnesota Book Award and the RT Reviewers Choice Award for Best First Mystery. Her second book, Missing Mark, was nominated for the Daphne du Maurier Award for excellence in mystery/suspense. Library Journal described her third book, Silencing Sam, as her best yet in a starred review. Kramer lives with her family in White Bear Lake, MN. READER BIOWinner of more than a dozen Audiofile Earphones Awards and a three-time Audie nominee, Bernadette has been honored to narrate the work of Margaret Atwood, Joyce Carol Oates, Shirley Jackson and Anne Rice to name but a few. In the non-fiction category she has recorded the philosophy of Ayn Rand and the autobiographies of Barbara Walters and Katharine Hepburn. Popular favorites include Memoirs of a Geisha, The Devil Wears Prada and the Betty Smith classic, A Tree Grows in Brooklyn. Bernadette studied at The Royal National Theater in London and lives in New York.
Loading...
or
Not Currently Available for Direct Purchase