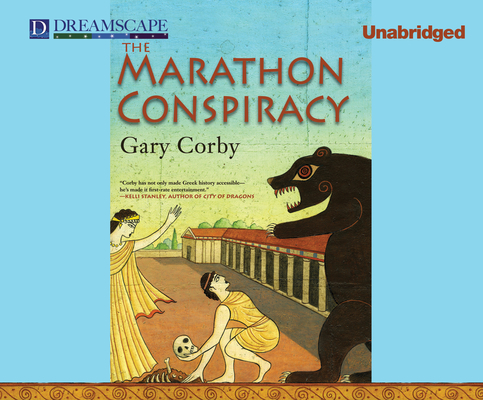 Nicolaos and his partner in investigation Diotima have taken time out of their assignments to come home to get married. But if Nico was hoping they'd be able to get hitched without a hitch, he was overly optimistic. When they arrive in Athens, there's a problem waiting for them. The Sanctuary of Artemis is the ancient world's most famous school for girls. When one of the children is killed, apparently by a bear, and another girl disappears, Diotima's childhood teacher asks her former pupil to help them. Meanwhile a skull discovered in a cave not far from the sanctuary has proven to be the remains of the last tyrant to rule Athens. What are his remains doing outside the city walls?

Gary Corby has long been fascinated by ancient history, finding it more exciting and bizarre than any modern thriller. He's combined the ancient world with his love of whodunits, to create an historical mystery series set in classical Greece. Gary lives in Sydney, Australia, with his wife and two daughters. He blogs at A Dead Man Fell from the Sky, on all things ancient, Athenian, and mysterious.
Loading...
or support indie stores by buying on