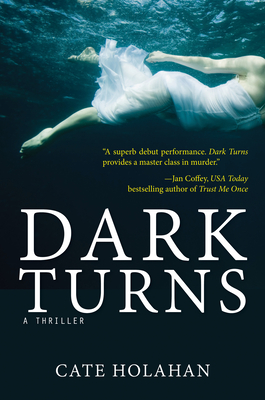 Set in the ruthlessly competitive world of elite boarding schools, this debut psychological thriller reads like a cross between Black Swan and Donna Tartt's The Secret History

A rising star in the world of ballet, Nia Washington fought her way up from the streets and was nearing the pinnacle of her profession when an injury and a broken heart derailed her career. Taking a temporary job at an elite boarding school was supposed to give her time to nurse both body and soul. It was supposed to be a safe place to launch a triumphant comeback.

Shortly after she arrives at the beautiful lakeside campus, she discovers the body of a murdered student, and her life takes a truly dark turn. It's not long before she is drawn into a dangerous game of cat-and-mouse with a ruthless killer. And Nia isn't the only target. She must use all of her street smarts to protect her dancers, save a wrongfully accused student, and rescue the man she loves.

A stunning and suspenseful tale of passion and betrayal, Holahan takes readers deep into the mind of a murderer and the woman who must put an end to the killing.

Praise For Dark Turns: A Novel…

“Holahan nails the preppy ambience, the cliques, the conspicuous consumption, and the coltish beauties such as golden girl Aubrey Byrne... [in] this Black Swan pas de deux with Tartt’s The Secret History.” —Publisher’s Weekly

Cate Holahan is an award-winning journalist and a former television producer. Her short fiction won first place in the 19th Annual Calliope competition. She is also the author of a number of psychological suspense novels, including two USA Today bestsellers The Widower's Wife and One Little Secret. Cate lives in New Jersey with her husband and two children.
Loading...
or support indie stores by buying on
(This book is on backorder)