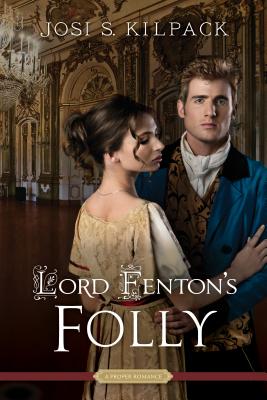 Lord Fenton is a gambler, a dandy, and a flirt--and he must marry or else he will be disinherited, stripped of his wealth and his position. He chooses Alice Stanbridge for two simple reasons: he once knew her as a young girl, and she is the least objectionable option available to him. However, Alice has harbored feelings for Fenton since their first meeting ten years ago, and she believes his proposal is real. When she discovers it is not, she is embarrassed and hurt. However, a match with the most-eligible bachelor in London would secure not only her future but that of her family as well. Determined to protect herself from making a fool of herself a second time, Alice matches Lord Fenton wit for wit and insult for insult as they move toward a marriage of convenience that is anything but a happy union. Only when faced with family secrets that have shaped Fenton's life does he let down his guard enough to find room in his heart for Alice. But can Alice risk her heart a second time?

Josi S. Kilpack is the award-winning author of more than twenty novels, including the twelve-volume Sadie Hoffmiller Culinary Mystery Series.
Loading...
or support indie stores by buying on
(This book is on backorder)