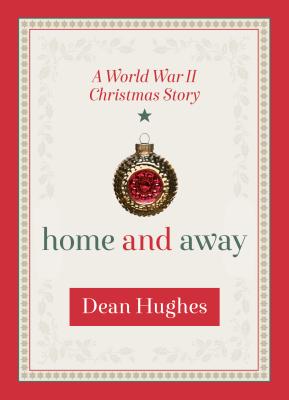 A historical fiction novel told from the perspective of a son fighting on the battlefields of Europe during World War II and his mother, struggling with worry and uncertainty about her soldier son while she tries to keep a semblenance of a normal, happy Christmas holiday back on the home front. Norma Hayes has always tried to make Christmas special for her family, but 1944 will make that more difficult with money being tight and wartime rationing making everything hard to come by. Aware of his mother's hardships and the worry from having her eldest son at war, second son, Dennis, is determined to buy his mother a special gift this Christmas, a lavender blue dress he hopes will bring her comfort as a symbol of special times gone by and the hope of a brighter future with the family reunited at war's end. Meantime, on the long campaign to free Europe, her soldier son carrys on as best he can, the horrors of war taking its heavy toll on armies and civilians alike. On a battlefield far from home in Holland with his 101st Airborne battalion, he catches a familiar scent of lavender which briefly transports him back to the home front to the perfume scent his mother wore, giving him a short respite and reuniting the family once again if only in his imagination. This historical fiction novel is a nostalgic and tender story about the power of love, the reality of war, and the hope we all have that things will turn out all right.

Dean Hughes is a bestselling and prolific writer who published his 100th book in 2014. He holds a bachelor's degree from Weber State College and master's and Ph.D. degrees from the University of Washington. He has attended post-doctoral seminars at Stanford and Yale Universities and taught English at Central Missouri State University and Brigham Young University.
Loading...
or
Not Currently Available for Direct Purchase