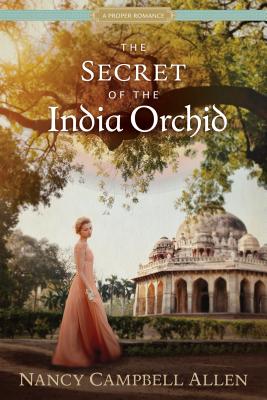 The Secret of the India Orchid (Proper Romance Regency)

Anthony Blake is in love with his best friend's sister, Sophia Elliot. But his plans to court her are put on hold when he is forced to resume his role as an undercover spy for the Crown. A secret document listing the names of the entire network of British spies-including his own-has been stolen. To protect Sophia, Anthony cuts off all ties to her and exchanges his life as an honorable earl for the fa ade of a flirtatious playboy. Heartbroken and confused, Sophia travels to India, hoping to find healing in one of the most exotic regions of the British Empire. But the exotic land isn't as restful as she had hoped. Instead, she finds herself embroiled in a mystery of a missing sea captain, a possible murder, and a plot that could involve the prince of India. And when Anthony appears at the British Residency, asking questions and keeping his distance from her, she is stunned. She still loves him, and, in her heart, she knows he loves her too. But how can she rebuild her relationship with him if he won't confide in her? Does she dare offer her heart to him a second time, or will their love be lost under the India sun?

Nancy Campbell Allen is the author of twelve novels, which span genres from contemporary romantic suspense to historical fiction. She has been a speaker at numerous writing conferences and events. She has a degree in Elementary Education and is the mother of three children.
Loading...
or support indie stores by buying on