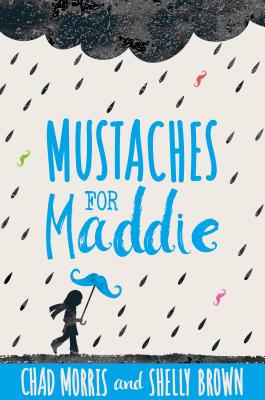 Based on a true story. Twelve-year-old Maddie has a quirky sense of humor and loves making her classmates laugh by slapping on fake mustaches every chance she gets. Being funny gets her noticed by class queen Cassie, and things are looking up when Maddie is cast as Juliet in the school play. Maybe Juliet could wear a mustache? When Maddie starts tripping when she walks and her hand starts curling up at her side, her mom takes her to the doctor, who confirms Maddie has a brain tumor. In an instant, her world is turned upside down. Maddie doesn't want anyone else to know. Especially Cassie, whose jealousy has turned to bullying. What about Maddie's chance to play Juliet opposite the cutest boy in the sixth grade? What if the doctors can't get the ugly tumor monster out of her brain?
As Maddie's surgery approaches, she wonders if her illness is giving her super powers because her imagination is bigger than ever, her courage is stronger than ever, and her compassion is about to be felt by more people than she ever imagined.

Chad Morris and Shelly Brown are the proud parents of four sons and one daughter, Maddie, who was diagnosed with a brain tumor when she was nine. Chad grew up wanting to become a professional basketball player or a rock star. Neither of those plans quite panned out, so he wrote and performed sketch comedy while going to college. Now he's a teacher and a writer. Shelly loves to write books for children. In her spare time, she enjoys the theater and traveling. In addition to her five children, she has three chickens and sixty-four Pez dispensers.
Loading...
or
Not Currently Available for Direct Purchase