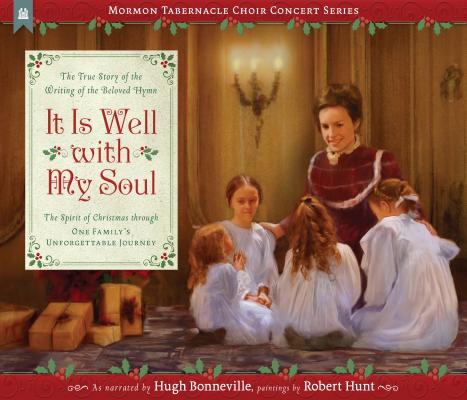 It Is Well with My Soul

The True Story of the Writing of the Beloved Hymn

This is the fascinating true story of a family tragedy behind the writing of the beloved hymn, It Is Well With My Soul in the 19th century.

Hugh Bonneville was a member of the National Youth Theatre of Great Britain, studied theology at Cambridge, and made his professional debut in 1986 in A Midsummer Night's Dream. Following several seasons with the National Theatre and the Royal Shakespeare Company, he has become a familiar face to television audiences in both comedies and dramas, receiving a Golden Globe and two Emmy nominations fro his performance as Robert, Earl of Grantham on Downton Abbey. He received four British Academy nominations for his role in the BBC comedies Twenty Twelve and W1A and a further BAFTA nomination for his role in the movie Iris. His recent films include Viceroy's House, Breathe, and Paddington 2, in which he reprises his role as Mr. Brown. Mr. Bonneville is an ambassador for WaterAid and is a patron of several charities, including the National Youth Theatre and the Primary Shakespeare Company. Robert Hunt received a bachelor's degree in Art History from the University of California and a master's degree in Illustration from the Academy of Art in San Francisco. He has received numerous awards, including the 2015 Hamilton King award from the Society of Illustrators. He is also an Associate Professor at the California College of the Arts (formerly CCAC). He lives and works in San Anselmo, California, with his wife Lynn, and their two children.
Loading...
or support indie stores by buying on