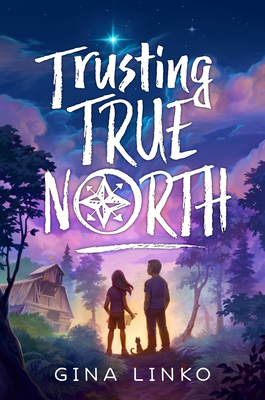 True North Vincent feels lost and uneasy after the fear of a virus closes the border, meaning her mom can't return home from Canada. With her father working long hours as a nurse helping people who are sick with the virus, she's left at home with her grandma, who doesn't have the energy to keep up with True's adventures, or her older sister, always focused on her phone, or Georgie, her younger brother, whose severe asthma makes him more vulnerable to the virus. True is lonely and sometimes gets angry because she feels forgotten and unheard. True's mom tries to talk to her by phone, but True refuses; she just wants her mom home in-person, not just her voice. True finds escape and comfort in working on her maps, a skill she learned from her mother who is a cartographer. Not only does it fulfill her remote learning class assignment, but it helps to pass the time in isolation. She also creates an elaborate treasure map for Georgie that spans the entire thick forest beyond her backyard. While exploring, True finds the new kid, Kyler, playing tenderly with a litter of newborn kittens in an old barn. Kyler knocked out Dakota Sullivan's tooth during a fight and has a reputation of being a bully, so True waits until he's gone before approaching the kittens. The smallest kitten, the runt of the litter, looks sickly and has been abandoned by the mama cat. True names her Teacup; she knows exactly how it feels to not have a mom around when you need her most. As Teacup's health worsens, True attempts to nurse the cat back to health by herself. Just when True thinks she and Kyler could be friends over their concern for Teacup, he starts acting strange and doesn't return her calls. To make matters worse, True's dad gets sick and must stay at the hospital, and then Georgie gets lost in the forest, and then their elderly neighbor gets the virus. True feels even more scared and alone. Running out of her own fixes and remedies, True reaches out and realizes that her family does care about her and wants to offer support and guidance to help her find her way through the unexpected challenges the virus and life bring.

Gina Linko has a master's degree from DePaul University in creative writing, as well as several published books for young adults and children. She lives in a south suburb of Chicago with her husband, three teenage children, and one ornery cat. By day, she edits college textbooks. At night, she writes to figure things out. She questions what is possible, what is real, and what it is that truly matters.
Loading...
or support indie stores by buying on