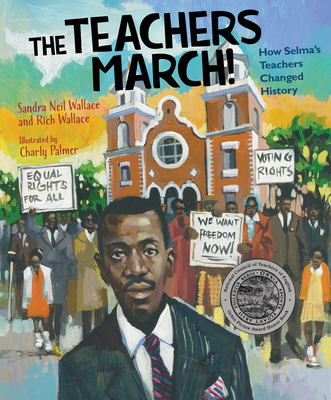 "The 1965 civil rights march from Selma to Montgomery is well known. Less known is the teachers’ march (which happened six weeks before). This book dramatizes how the teachers planned their protest, risking imprisonment and violence, leaving the classroom and taking to the streets, holding 'their toothbrushes in the air, ready to go to jail for freedom.' The lively text...mak[es] for dramatic reading...[and] Palmer’s beautifully lit acrylic-on-board paintings...are at times impressionistic or, as he writes in the illustrator’s note, 'abstract and primal.'" —The Horn Book

"At this time in history, this book marks an incredible find. This obscure story gives us an excellent opportunity to teach even young children the importance of civil action. Educators could easily use this picture book to share a little of the real history of the turbulent 1960’s with their students." —School Library Connection