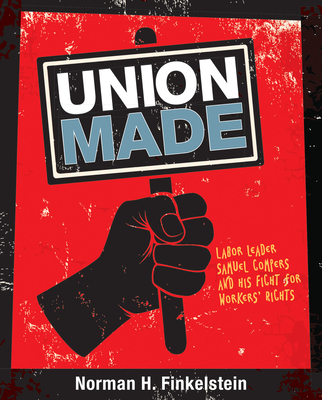 Labor Leader Samuel Gompers and His Fight for Workers' Rights

Unsung hero Samuel Gompers worked tirelessly to ensure that no American worker would go unheard or overlooked, dedicating his life to fighting for their rights. This comprehensive middle-grade biography provides an in-depth look at Gompers, the founding father of the American Federation of Labor.

Born in England, Samuel Gompers grew up watching his father roll cigars, and at 10 years old, started rolling them himself. After immigrating to the United States, Gompers soon discovered his vocation to fight for the American laborer in his personal work experience. His charismatic, outspoken personality soon landed him the role of speaking on behalf of his fellow workers. His participation in various unsuccessful unions and other failed ventures to enact labor changes led to his creation of the American Federation of Labor. Faced with strikes that turned violent, opposition from the government, and lies perpetrated by anti-unionizers, Gompers persevered, and lived to see various measures enacted to ensure safe work environments, workers' compensation, and other basic laborer rights.

Praise For Union Made: Labor Leader Samuel Gompers and His Fight for Workers' Rights…

"Samuel Gompers came to America as a Jewish immigrant in search of a better life. Various hardships, including the unfair working conditions of his first job, made him quite outspoken, and his experience as the leader of a local cigar union led to him founding what would become the American Federation of Labor and creating federal protections for U.S. workers. This is a thorough biography (with a) well-researched narrative..." -- Booklist

Norman H. Finkelstein is a retired public school librarian who also teaches courses on children's literature and history at Hebrew College. He is the author of eighteen highly acclaimed nonfiction books and the recipient of two National Jewish Book Awards and the Golden Kite Honor Book Award for Nonfiction. He is a member of the Authors Guild and the Association of Jewish Libraries and Biographers International Organization.
Loading...
or
Not Currently Available for Direct Purchase