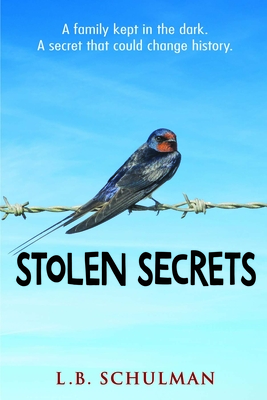 After an abrupt move across the country to San Francisco, sixteen-year-old Livvy is shocked to find that her mother has lied to her. Instead of looking for work at a bakery, her mom is taking care of Adelle, Livvy’s grandmother, who Livvy thought was long dead. Suffering from Alzheimer’s, Adelle shouts out startling details, mistakes her own name, and seems to relive moments that may have taken place in a concentration camp. When Livvy and her new friend Franklin D. find journal entries from the Holocaust in Adelle’s home, Livvy begins to suspect that her grandmother may have a shocking link to a notable figure -- Anne Frank.

"This is a well-written book that sympathetically examines the roles of Holocaust survivors on both sides of the war as well as guilt and forgiveness. The main and supporting characters are funny and engaging....a good addition to those who want to read more books with a Holocaust theme." – School Library Connection

"The author captures the desperate uncertainty of life with an alcoholic and having to parent a parent. An engaging coming-of-age novel recommended for libraries looking to highlight issues of alcoholism, Alzheimer's, and family estrangement." -- School Library Journal

"(A) solid mystery with family drama and teen angst...easy to read and would be a good companion read for students reading Anne Frank's diary. (O)nce (teens) pick it up they will not be disappointed." -- VOYA

L.B. Schulman is the author of League of Strays, published by Abrams/Amulet in 2012. She lives in San Rafael, California. lbschulman.com.
Loading...
or
Not Currently Available for Direct Purchase