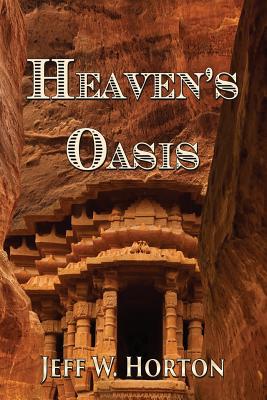 She's been the love of Kevin Foster's life for as long as he can remember; his soulmate, and his best friend.

Before she dies, Claire, an archaeologist, goes on an expedition to the Middle East and comes across evidence supporting the existence of a biblical, antediluvian site the ancients called Heaven's Oasis, and that certain ancient artifacts can lead her to it. Claire believes that finding this site will help prove the Bible's veracity, and provide indisputable evidence of God's existence.

Following her unexpected death Claire's expeditions become public knowledge, and the subsequent assaults against her reputation from the scientific community and the media are both brutal and relentless.

Furious at the public ridicule and to prove she was right, Kevin decides to pick up where Claire left off in her search and to finish what she started. He's willing to sacrifice everything, even his life, to restore her reputation and to honor her memory.

A billionaire arms dealer named Kain Masterson has also been searching for the Oasis, however, intending to keep what he finds for himself. The deadly competition soon becomes a struggle just to stay alive in the race to find the artifacts, follow the clues, and ultimately to find Heaven's Oasis.