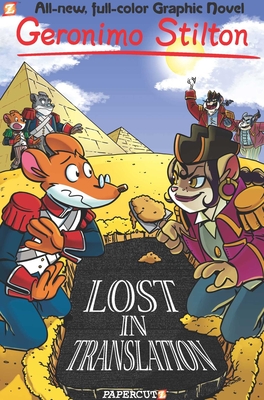 During Napoleon's 1798 campaign in Egypt, Lieutenant Pierre-François Bouchard found the Rosetta Stone. But he doesn't know that Pirate Cats have already replaced the original piece with their own version. Now it's up to Geronimo and friends find the real Stone and give it back to history!