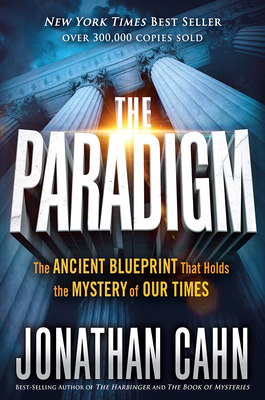 NEW YORK TIMES BEST SELLER
INSTANT NATIONAL BEST SELLER
Debuted at No. 5 on the New York Times Best Seller list, as well as at No. 5 on Wall Street Journal and No. 6 on the Publisher's Weekly lists.

NEW YORK TIMES BEST SELLING AUTHOR OF THE HARBINGER, THE MYSTERY OF THE SHEMITAH, THE BOOK OF MYSTERIES, AND THE PARADIGM WITH OVER 3 MILLION COPIES SOLD Jonathan Cahn's earth-shattering book The Harbinger became an instant New York Times best seller and brought him to national and international prominence, followed by two more best-sellers The Mystery of the Shemitah, and The Book of Mysteries. Long before these books he was known for opening the deep mysteries of Scripture and bringing forth messages of prophetic import. He leads Hope of the World ministry, an international outreach of teaching, evangelism, and compassion projects for the needy. He also leads the Jerusalem Center/Beth Israel, a worship center made up of Jews and Gentiles, people of all backgrounds, just outside New York City, in Wayne, New Jersey. He is a much sought-after speaker and has been called the prophetic voice of our generation. He has spoken at the United Nations, on Capitol Hill, and to millions of people around the world.
Loading...
or support indie stores by buying on