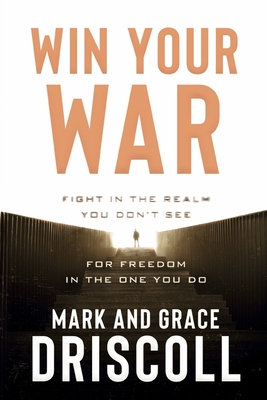 With Pastor Mark and Grace Driscoll it's all about Jesus! Mark and Grace have been married and doing ministry together for over twenty‐five years. They planted the Trinity Church with their five kids in Scottsdale, Arizona. Mark has been named by Preaching magazine as one of the twenty‐five most influential pastors of the past twenty‐five years. He has a bachelor's degree in speech communication from the Edward R. Murrow School of Communication at Washington State University as well as a master's degree in exegetical theology from Western Seminary in Portland, Oregon. For free sermons, answers to questions, Bible teaching, and more, visit MarkDriscoll.org or download the Mark Driscoll Ministries app. Pastor Mark's leadership resources and publishing projects can be found at theresurgence.com. Together, Mark and Grace have authored Real Marriage. Pastor Mark has authored other books including Spirit‐Filled Jesus, Who Do You Think You Are, Vintage Jesus, and Doctrine.
Loading...
or
Not Currently Available for Direct Purchase