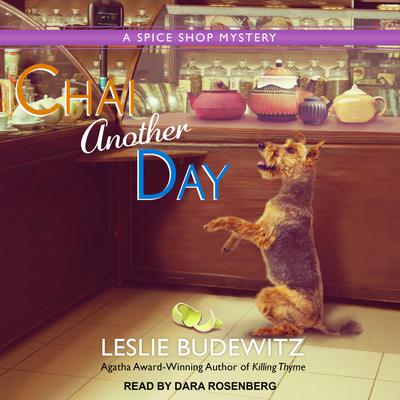 Seattle Spice Shop owner Pepper Reece probes murder while juggling a troubled employee, her mother's house hunt, and a fisherman who's set his hook for her.

As owner of the Spice Shop in Seattle's famed Pike Place Market, Pepper Reece is always on the go. Between conjuring up new spice blends and serving iced spice tea to customers looking to beat the summer heat, she finally takes a break for a massage. But the Zen moment is shattered when she overhears an argument in her friend Aimee's vintage home decor shop that ends in murder.

Wracked by guilt over her failure to intervene, Pepper investigates, only to discover a web of deadly connections that could ensnare a friend—and Pepper herself.

Dara Rosenberg is an accomplished voice-over artist who has been recognized nationally for her extensive work in audiobooks and commercials. She has narrated over 140 audiobooks and has been the voice of dozens of national television and radio commercials. You can hear Dara's voice each day as a daily news reader for Time Magazine, SpeakPage, and Wibbitz, where she reads for the Huffington Post, CNN, and Reuters. She has a BFA in drama from NYU's Tisch School of the Arts and studied at Interlochen Arts Academy, where she majored in drama and musical theater. When Dara is not in the studio recording, she spends her time enjoying life in NYC with her husband, Alex, and fat English Bulldog, Truman.