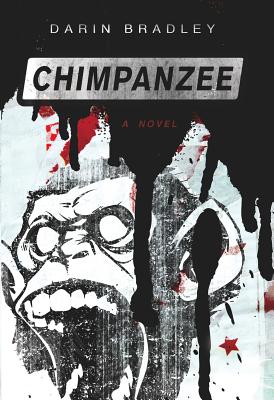 Unemployment has ravaged the U.S. economy. People struggle everywhere, exhausted by the collapse that destroyed their lives. Benjamin Cade is an expert in cognition, and before the flatlined economy caught up to him, he earned his living as a university instructor. Now, without income, he joins the millions defaulting on their loans -- in his case, the money he borrowed to finance his degrees. Using advances in cognitive science and chemical therapy, Ben's debtors can reclaim their property -- his education. The government calls the process "Repossession Therapy," and this data is invaluable to those improving the "indexing" technology -- a remarkable medical advance that has enabled the effective cure of all mental disorders. But Ben has no intention of losing his mind without a fight, so he begins teaching in the park, distributing his knowledge before it's gone in a race against ignorance. And somewhere in Ben's confusing takedown, Chimpanzee arrives. Its iconography appears spray-painted around town. Young people in rubber chimpanzee masks start massive protests. As Ben slowly loses himself, the Chimpanzee movement seems to grow. And all fingers point to Ben.

Darin Bradley holds a B.A., an M.A., and a Ph.D. in English Literature and Theory. He has taught courses on writing and literature at several universities and has served in a variety of editorial capacities at a number of independent presses and journals. He lives in Texas with his wife, where he dreams of empty places. Chimpanzee is his second novel.
Loading...
or
Not Currently Available for Direct Purchase