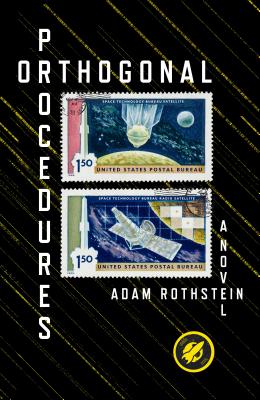 Everything you are about to read is true. Mostly. After US Postmaster Theodore Roosevelt showed the Nazis who was boss in 1942, the Postal Bureau--part of the Department of Transportation--ushered in an era of scientific marvels: simulcast via satellite, sub-orbital transnational flights, dazzle pistols, and electromagnetic driverless cars. However, long-simmering feuds between the Shamans of Commerce and the Wizards of Technology were not forgotten, and it isn't until the age of Sputnik and the Space Race that the secret organizations buried deep within the US Weather Service and Census Bureau make their move against the Department of Transportation. To regain control of the Administration, they'll need to rely on older--more esoteric--technologies: astrology, blood rituals, and strange creatures long thought extinct. It's up to G-man Fred Mackey of the Electromagnetic Bureau, Domestic Interference Engineering Section, to figure out how to science America back on track. With the assistance of the enigmatic Assistant Secretary for Innovation and the world's leading specialist in rocket science and all-around occultnik, Mackey tackles the byzantine bureaucracy of a vast government conspiracy that extends from deep space to deep beneath the earth. Welcome to 1970. This is the history you were never taught . . .

Adam Rothstein lives in Portland, OR. This is his first novel.
Loading...
or
Not Currently Available for Direct Purchase