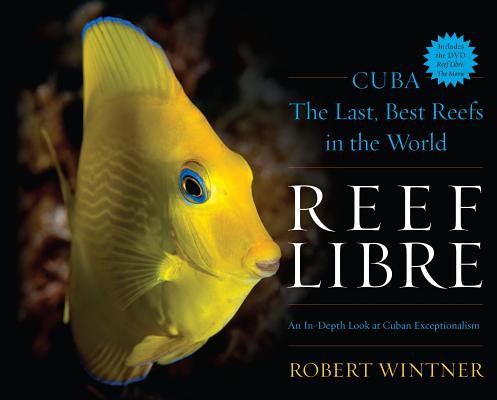 Decades of isolation from tourism and development have left Cuba's coral reefs among the most pristine in the world, an "exceptionalism" that stands in stark contrast to the island nation's poverty and political situation. Famed diver/photographer Robert "Snorkel Bob" Wintner showcases these magnificent reefs with his astounding underwater images, while also capturing terrestrial life in the cities and villages of the island nation. Reef Libre is not a travelogue, but asks the big questions after a lifetime of isolation--can Cuba's reefs still thrive? Nearly 400 stills, a compelling narrative, and a DVD capture this delicate time in reef history. Reef Libre: The Movie is a mini-documentary which encompasses this pivotal moment--from the streets to the reefs. To watch the trailer for Reef Libre: The Movie, click here.

Robert Wintner is the nom de plume (et de la guerre) of Snorkel Bob, himself, founder of Snorkel Bob's in Hawaii and still Hawaii's only designer and manufacturer of world-class masks, fins, and snorkels for use by pedestrians, many of whom have never before seen an ocean. He is on the frontlines of the campaign to ban the aquarium trade around the world, because it's all one reef.
Loading...
or
Not Currently Available for Direct Purchase