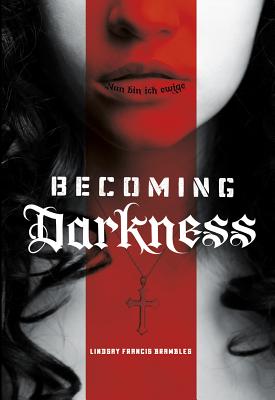 Like everyone else living in Haven, seventeen-year-old Sophie Harkness is an Immune - a carrier of the genetic mutation that protects her from the virus Hitler unleashed upon the world more than half a century ago. A virus that wiped out most of humanity and turned two-hundred million people into vamps. But after her best friend is brutally murdered and several attempts are made on her own life, Sophie becomes determined to find answers to what seems to be a conspiracy running generations deep. And when she questions the peace treaty that keeps her small community protected, Sophie begins to discover terrible truths about herself and what it means to be human in a world ruled by darkness.

Lindsay Brambles was born in Ottawa, Canada, in 1959 and spent a large part of his childhood and youth living and traveling overseas in countries such as Pakistan, Iran, Kenya, and Tanzania. Although he occasionally attended traditional schools, most of his education was gained through correspondence courses and the life experience of living amidst other cultures. As a child in Iran, Lindsay produced a weekly newspaper, which kindled what would become a lifelong interest in writing. In 1989, he won first prize in the Pine Cone II Science Fiction Convention writing contest for his novella Zero-Option. He has worked in a variety of fields, from construction to childcare while pursuing a vocation as an artist and writer. Lindsay is currently hard at work on several new projects, including the next book in the Becoming Darkness trilogy.
or
Not Currently Available for Direct Purchase
Copyright © 2020 American Booksellers Association