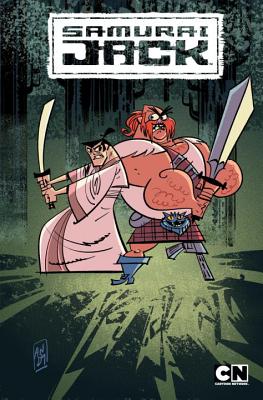 Jack's journey to return to his own time continues as he teams up with old pal the Scotsman! Plus, a battle with a foe that controls the forces of gravity and Aku sends an opponent who unravels the thoughts and memories that make Jack a samurai. Collects issues #6–10.