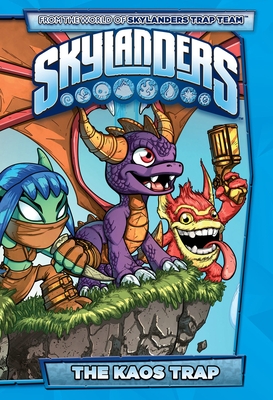 Discover the history of the Trap Masters and Kaos’ plot for Traptanium that ties right into the new game.

Ron Marz is a writer, mostly of comic books and graphic novels. He lives in upstate New York with four horses, three children, two dogs and one wife.

Marz is well known for his work on Silver Surfer and Green Lantern, as well as the Marvel vs DC crossover and Batman/Aliens. He also worked on the CrossGen Comics series Scion, Mystic, Sojourn, and The Path. At Dark Horse Comics he created Samurai: Heaven and Earth and various Star Wars comics. He has also done work for Devil’s Due Publishing’s Aftermath line, namely Blade of Kumori. In 1995, he had a brief run on XO-Manowar, for Valiant Comics.

Marz’s more recent works includes a number of Top Cow books including Witchbladeand a Cyberforce relaunch. For DC Comics, he has written Ion, a 12 part comic book miniseries that followed the Kyle Rayner character after the One Year Later event, and Tales of the Sinistro Corps Presents: Parallax and Tales of the Sinestro Corps Presents: Ion, two one-shot tie-ins to the Green Lantern crossover, The Sinestro Corps War.
Loading...
or support indie stores by buying on
(This book is on backorder)