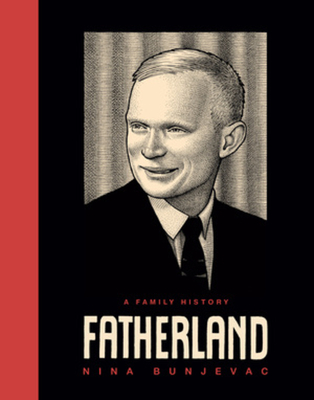 Winner of the Doug Wright Award for Best Book

Shortlisted for the PACA Literary Award

"A heartfelt and extremely absorbing examination of exile, reconciliation and destructive politics…as vividly immediate as any headline." —Rachel Cooke, Guardian

Standing alongside Marjane Satrapi's Persepolis and Joe Sacco's Palestine, Nina Bunjevac's Fatherland renders the searing history of the Balkans in the twentieth century through the experiences of the author and her family. In 1975, fearing her husband’s growing fanaticism, Nina Bunjevac's mother fled her marriage and adopted country of Canada, taking Nina—then only a toddler—and her older sister back to Yugoslavia to live with her parents. Her husband and Nina's father, Peter, was a die-hard Serbian nationalist who was forced to leave his country in the 1950s. Remaining in Canada, he became involved with a terrorist organization bent on overthrowing the Communist Yugoslav government and attacking its supporters in North America. Then in 1977, while his family was still in Yugoslovia, Peter was killed in an accidental explosion while building a bomb.

Through exquisite and haunting black-and-white art, Nina Bunjevac documents the immediate circumstances surrounding her father's death and provides a sweeping account of the former Yugoslovia under Fascism and Communism, telling an unforgettable true story of how the scars of history are borne by family and nation alike.


Praise For Fatherland: A Family History…

A fascinating, eerie memoir of her fraught family history of exile and immigration…Bunjevac is masterful at presenting an impression of the confusion, disruption, and fear ingrained in the family. The illustrations are unusual and extraordinarily rendered.
— Publishers Weekly

Nina Bunjevac was born in Canada in 1973. Having started her art training in Yugoslavia, she moved to Toronto in 1990, where she continued her studies. She lives in Toronto.