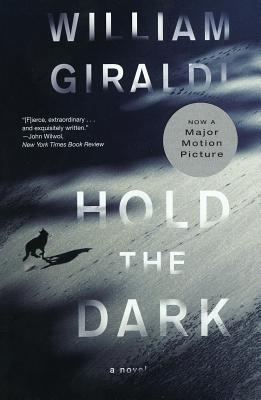 At the edge of civilization, nature and evil collide in what “stands out as one of the decade’s best books of its kind” (Alan Cheuse, Boston Globe).

Written with “force and precision and grace” (John Wilwol, New York Times Book Review) Hold the Dark is a “taut and unforgettable journey into the heart of darkness” (Dennis Lehane). At the start of another pitiless winter, wolves have taken three children from the remote Alaskan village of Keelut, including the six-year-old son of Medora and Vernon Slone. Wolf expert Russell Core is called in to investigate these killings and discovers an unholy truth harbored by Medora before she disappears. When her husband returns home to discover his boy dead and his wife missing, he begins a maniacal pursuit that cuts a bloody swath across the frozen landscape. With the help of a local police detective, Core attempts to find Medora before her husband does, setting in motion a deadly chain of events in this “chilling, mysterious, and completely engaging novel” (Tim O’Brien) that marks the arrival of a major American writer.

Praise For Hold the Dark: A Novel…

A chilling, mysterious, and completely engaging novel that will keep readers turning pages late into the night. The cold and unforgiving Alaskan wild becomes much more than a backdrop for this spellbinding story. It becomes a character—a living creature with its own hungers, its own secrets, its own icy motives, its own implacable will. I was entranced.
— Tim O'Brien

Giraldi’s back-country Alaska is a savagely amoral place where the constant struggle for survival brings out the most elemental aspects of humanity. This work travels deep into the most ancient and primitive realms of being, offering an unflinching—and more than a little frightening—exploration of the domains of the unconscious that are more commonly the province of myth and fairy tale.
— Library Journal, Starred review

William Giraldi is the author of the of the memoir The Hero’s Body, and critically hailed novels Busy Monsters and Hold the Dark, which is soon to be a major motion picture from Netflix. He is fiction editor for the journal AGNI at Boston University. He lives in Boston with his wife and sons.
Loading...
or support indie stores by buying on