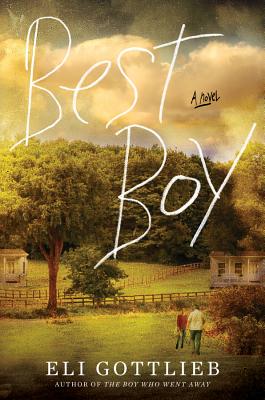 People Magazine Pick of the Week

For fans of The Curious Incident of the Dog in the Night-Time comes this landmark novel about autism, memory, and, ultimately, redemption.


Sent to a “therapeutic community” for autism at the age of eleven, Todd Aaron, now in his fifties, is the “Old Fox” of Payton LivingCenter. A joyous man who rereads the encyclopedia compulsively, he is unnerved by the sudden arrivals of a menacing new staffer and a disruptive, brain-injured roommate. His equilibrium is further worsened by Martine, a one-eyed new resident who has romantic intentions and convinces him to go off his meds to feel “normal” again. Undone by these pressures, Todd attempts an escape to return “home” to his younger brother and to a childhood that now inhabits only his dreams. Written astonishingly in the first-person voice of an autistic, adult man, Best Boy—with its unforgettable portraits of Todd’s beloved mother, whose sweet voice still sings from the grave, and a staffer named Raykene, who says that Todd “reflects the beauty of His creation”—is a piercing, achingly funny, finally shattering novel no reader can ever forget.

Affecting…. Todd’s is an engaging and nuanced consciousness, so vital that the reader feels profound tenderness—and distinct fear—as this sweet man ventures out into the world…. As ill-advised as his flight might be, we stand on the ground below…enchanted by the simplicity of his soaring.
— Bret Anthony Johnston - New York Times Book Review

Arresting…. The book’s empathy is bracing.
— The New Yorker

Raw and beautiful…. With a mesmerizingly rhythmic narration…. What rises and shines from the page is Todd Aaron, a hero of such singular character and clear spirit that you will follow him anywhere. You won’t just root for him, you will fight and push and pray for him to wrest control of his future. You will read this book in one sitting or maybe two, and, I promise, you will miss this man deeply when you are done.
— Ann Bauer - The Washington Post

Fascinating…. Gottlieb's imaginings of what's going on in the mind of an adult living somewhere on the autism spectrum feel credible and real…. Lyrical.
— Carol Memmott - Chicago Tribune

Powerful and engaging…. Gottlieb has created something quite exceptional in [Todd Aaron]. His interior life and psychology are convincingly drawn…. A deeply moving portrait of a kind and gentle soul. Recommended for all readers.
— Patrick Sullivan - Library Journal, Starred review

[An] eloquent, sensitive rendering of a marginalized life…. Gottlieb merits praise for both the endearing eloquence of Todd's voice and a deeply sympathetic parable that speaks to a time when rising autism rates and long-lived elders force many to weigh tough options.
— Kirkus Reviews, Starred Review

This astonishing story of goodness and resilience, about the adventure of loving and being loved, is a marvel of Wordsworthian perception, inviting us to behold existence through unclouded eyes, with an unguarded heart, as though we and the world had never grown apart. The music of consciousness playing in these pages will stay with you long after you've finished reading. A literary experience of piercing, invigorating, profound humanity. A homecoming that restores the mind and soul.
— Walter Kirn

Best Boy is a remarkable achievement—an intimate and convincing portrayal of what the world looks like from inside the mind of a mentally handicapped but unusually sensitive, observant, and decent man.

I've fallen in love with Best Boy, touched by its delicacy and fearless truths.

In the clear-as-a-tinkling-bell voice of Todd Aaron, Gottlieb reveals how certain events and experiences cause this fiftysomething man with autism to suddenly go into a post-post-post-adolescent rebellion…. But in the way of all things happening for a reason, Gottlieb’s marvelous novel has happened so that readers may be in awe of all the universe’screations.
— Donna Chavez - Booklist, Starred review

The latest from Gottlieb (The Boy Who Went Away) is written through the perspective of Todd: his voice is spectacular, oscillating between casual and obsessive and frequently challenging the stereotypes that haunt those with autism and similar conditions. The story will appeal to a very broad range of readers: it’s a fast read, and the plot is never less than captivating…. Gottlieb’s attention to crafting Todd’s internal monologue is something to behold.

Eli Gottlieb is the author of Best Boy, among other novels. His works have been translated into a dozen languages. He lives in New York City.

What is the significance of the book’s title? How does being a ‘best boy’ shape Todd’s identity and development?

Discuss Todd’s relationship with his family. How do they deal with his disability?

Do you think it was fair of Todd’s mother to send him away to so many institutions?

What role do Nate and his family play in Todd’s life?

How does Nate change throughout the story? In your opinion, was he a likeable character? Would you have acted differently in his situation?

Discuss the significance of Todd’s stick in the woods, which Mike breaks after Todd rats him out. What purpose does it serve in the story? Why do you think Todd returns to it before going home in chapter 29?

Discuss the significance of the encyclopedia (AKA, Mr. B).

In Chapter 17, Todd recalls an incident that happened several years ago with Nate’s family. Beth had asked Todd to watch her sons at the restaurant while she stepped out for a phone call, and while Todd wasn’t paying attention the boys run onto the street and cause a car crash. Nate asks Beth, “You left him in charge?” Do you think it was Beth’s fault? How does this incident affect their relationship with Todd?

What scene did you find most poignant?

What events from Todd’s early childhood do you believe were most instrumental (or detrimental) to his development?

Do you think that Martine’s influence on Todd was positive or negative? Do you think it was right for Martine to convince Todd to go off of his medication?

What were your thoughts on the ending of the book? Did you feel hopeful for Todd’s future?

There are many things still unknown about autism, which is said to be “the largest childhood epidemic in history” (181). According to Todd, “The spectrum is so wide that actually almost anyone can be on it” (183). Did reading the novel alter your view on autism? Did it change your thoughts about mental institutions?