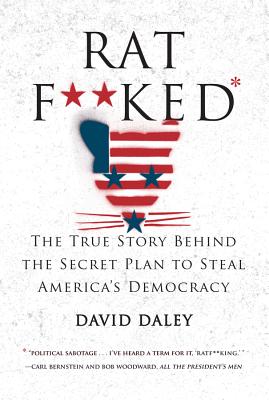 The True Story Behind the Secret Plan to Steal America's Democracy

The explosive account of how Republican legislators and political operatives fundamentally rigged our American democracy through redistricting.

With Barack Obama’s historic election in 2008, pundits proclaimed the Republicans as dead as the Whigs of yesteryear. Yet even as Democrats swooned, a small cadre of Republican operatives, including Karl Rove, Ed Gillespie, and Chris Jankowski began plotting their comeback with a simple yet ingenious plan. These men had devised a way to take a tradition of dirty tricks—known to political insiders as “ratf**king”—to a whole new, unprecedented level. Flooding state races with a gold rush of dark money made possible by Citizens United, the Republicans reshaped state legislatures, where the power to redistrict is held. Reconstructing this never- told-before story, David Daley examines the far-reaching effects of this so-called REDMAP program, which has radically altered America’s electoral map and created a firewall in the House, insulating the party and its wealthy donors from popular democracy. Ratf**ked pulls back the curtain on one of the greatest heists in American political history.


Praise For Ratf**ked: The True Story Behind the Secret Plan to Steal America's Democracy…

Daley’s book provides a blow-by-blow account of how this happened. He draws on investigative reports, interviews and court documents to give readers an eye-opening tour of a process that many Americans never see….What Daley makes clear is that ruthless partisan gerrymandering is not good for democracy and makes it that much more difficult to wrestle control of the House away from the GOP. Democrats should read this book.
— Julian E. Zelizer

The way dark money was translated into congressional majorities is one of the great, sinister stories of our time. But in David Daley the shadow figures have finally met their match.
— Thomas Frank, author of What’s the Matter with Kansas

David Daley is the author of Ratf**ked. His journalism has appeared in the New Yorker, the Atlantic, Slate, the Washington Post, and New York magazine. He is a senior fellow at FairVote, the former editor of Salon, and lives in Massachusetts.