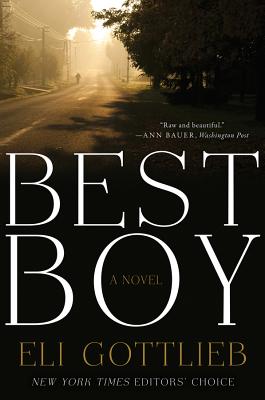 Named one of the Best Books of the Year by the Washington Post, Booklist, BookPage, Library Journal, and Library Reads

A People Magazine Pick of the Week

Winner of the Rome Prize

Longlisted for the Andrew Carnegie Medal for Excellence (Fiction)

"Raw and beautiful. . . . What rises and shines from the page is Todd Aaron, a hero of such singular character and clear spirit that you will follow him anywhere. You won’t just root for him, you will fight and push and pray for him to wrest control of his future. You will read this book in one sitting or maybe two, and, I promise, you will miss this man deeply when you are done.” —Ann Bauer, Washington Post

Sent to a “therapeutic community” for autism at the age of eleven, Todd Aaron, now in his fifties, is the “Old Fox” of Payton LivingCenter. A joyous man who rereads the encyclopedia compulsively, he is unnerved by the sudden arrivals of a menacing new staffer and a disruptive, brain-injured roommate. His equilibrium is further worsened by Martine, a one-eyed new resident who has romantic intentions and convinces him to go off his meds to feel “normal” again. Undone by these pressures, Todd attempts an escape to return “home” to his younger brother and to a childhood that now inhabits only his dreams. Written astonishingly in the first-person voice of an autistic, adult man, Best Boy—with its unforgettable portraits of Todd’s beloved mother, whose sweet voice still sings from the grave, and a staffer named Raykene, who says that Todd “reflects the beauty of His creation”—is a piercing, achingly funny, finally shattering novel no reader can ever forget.

Affecting. . . . Todd’s is an engaging and nuanced consciousness, so vital that the reader feels profound tenderness—and distinct fear—as this sweet man ventures out into the world. . . . As ill-advised as his flight might be, we stand on the ground below . . . enchanted by the simplicity of his soaring.
— Bret Anthony Johnston - New York Times Book Review

Arresting. . . . The book’s empathy is bracing.
— The New Yorker

Powerful and engaging. . . .  A deeply moving portrait of a kind and gentle soul. Recommended for all readers.
— Patrick Sullivan - Library Journal, Starred review

A remarkable achievement—an intimate and convincing portrayal of what the world looks like from inside the mind of a mentally handicapped but unusually sensitive, observant, and decent man.
— Alison Lurie

In the clear-as-a-tinkling-bell voice of Todd Aaron, Gottlieb reveals how certain events and experiences cause this fiftysomething man with autism to suddenly go into a post-post-post-adolescent rebellion…. But in the way of all things happening for a reason, Gottlieb’s marvelous novel has happened so that readers may be in awe of all the universe’s creations.
— Donna Chavez - Booklist, Starred review

A fast read, and the plot is never less than captivating. . . . Gottlieb’s attention to crafting Todd’s internal monologue is something to behold.
— Publishers Weekly, Starred review

Eli Gottlieb is the author of Best Boy, among other novels. His works have been translated into a dozen languages. He lives in New York City.
Loading...
or
Not Currently Available for Direct Purchase