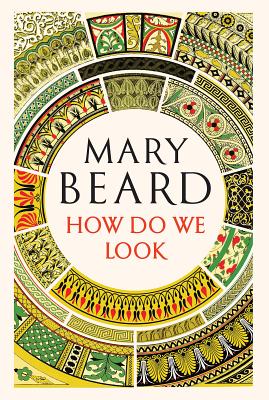 How Do We Look

The Body, the Divine, and the Question of Civilization

From prehistoric Mexico to modern Istanbul, Mary Beard looks beyond the familiar canon of Western imagery to explore the history of art, religion, and humanity.

Conceived as a gorgeously illustrated accompaniment to “How Do We Look” and “The Eye of Faith,” the famed Civilisations shows on PBS, renowned classicist Mary Beard has created this elegant volume on how we have looked at art. Focusing in Part I on the Olmec heads of early Mesoamerica, the colossal statues of the pharaoh Amenhotep III, and the nudes of classical Greece, Beard explores the power, hierarchy, and gender politics of the art of the ancient world, and explains how it came to define the so-called civilized world. In Part II, Beard chronicles some of the most breathtaking religious imagery ever made—whether at Angkor Wat, Ravenna, Venice, or in the art of Jewish and Islamic calligraphers— to show how all religions, ancient and modern, have faced irreconcilable problems in trying to picture the divine. With this classic volume, Beard redefines the Western-and male-centric legacies of Ernst Gombrich and Kenneth Clark.


Praise For How Do We Look: The Body, the Divine, and the Question of Civilization…

Readers will be grateful to have wise, witty Beard as guide and companion... Beard is charming and insightful piece by piece.
— San Francisco Chronicle

The title of the book?How Do We Look?could also refer to the physical quality of the book itself. Its design, use, and style harken back to the concise, entertaining, well-made, solid little books popular a few years ago. In that, Beard again explores a means of perceptions (and a practical meaning of educating)… If your summer vacation proved a disappointment, make this little book your consolation.

Slim yet insightful.... Beard expands her view beyond western Europe to offer an admirable survey of cultures from Egypt to China, Judaism to Christianity, centuries past to the modern era, all while emphasizing the significance of the viewer over the artist.... As Beard emphasizes the power of the context in which we look at and interpret art, she ultimately suggests that civilization itself is a leap of faith. Beard is having fun in this joyfully accessible primer, backed with a robust appendix, for all interested in a new perspective on religion, art, and history.
— Katharine Uhrich, Booklist [starred review]

The renowned classicist delivers another tantalizing morsel of analysis, this time on 'art, and our reactions to it, over thousands of years and across thousands of miles'.... Yet another triumph for Beard: a joy to read, too short for certain, packed with lessons quickly absorbed.
— Kirkus Reviews [starred review]