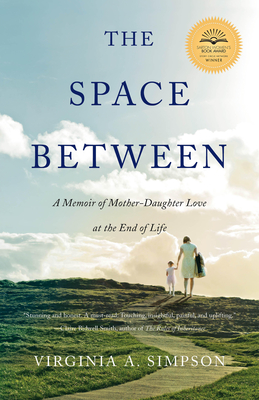 A Memoir of Mother-Daughter Love at the End of Life

Everyone has or had a mother. Dr. Virginia A. Simpson did too. She thought they had a wonderful relationship and had worked out all of their issues when a life-threatening illness necessitated her mother, Ruth, come live with her. When her mother moved in, she brought with her all their old issues and during the six years they lived together, they added more. Although an expert in the field of death, dying, and bereavement, Virginia often found herself overwhelmed by her caregiving role as her mother's health continued to decline. She also felt herself on a race against time to heal their relationship before her mother died. Described as "stunning, beautiful, and honest," The Space Between: A Memoir of Mother-Daughter Love at the End of Life offers an intimate window into the challenges of being a caregiving while also providing important information about the realities of end of life care. The Space Between gives us hope that even the most contentious relationship can be healed. By the end of Ruth's life, the only space between Virginia and her mother was filled with love.