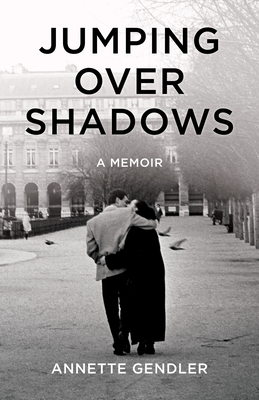 The true story of a German-Jewish love that overcame the burdens of the past.
Finalist for the 2017 Book of the Year Award by the Chicago Writers Association

"A book that is hard to put down."
--Jerusalem Post "This book confirms Annette Gendler as an indispensable Jewish voice for our time."
--Yossi Klein Halevi, author of Like Dreamers "The ghosts of the past haunt a woman's search for herself in this thoughtful, poignant memoir about the transformative power of love and faith."
--Hillary Jordan, author of Mudbound, now a Netflix movie "An exquisitely written conversion story which expounds upon personal and collective identity." --Washington Independent Review of Books "A compelling, gracefully written memoir about the impact of the past on the present."
--Michael Steinberg, author of Still Pitching History was repeating itself when Annette fell in love with Harry, a Jewish man, the son of Holocaust survivors, in Germany in 1985. Her Great-Aunt Resi had been married to a Jew in Czechoslovakia before World War II―a marriage that, while happy, put the entire family in mortal danger once the Nazis took over their hometown in 1938.
Annette and Harry's love, meanwhile, was the ultimate nightmare for Harry's family. Not only was their son considering marrying a non-Jew, but a German. Weighed down by the burdens of their family histories, Annette and Harry kept their relationship secret for three years, until they could forge a path into the future and create a new life in Chicago. Annette found a spiritual home in Judaism―a choice that paved the way toward acceptance by Harry's family, and redemption for some of the wounds of her own family's past.