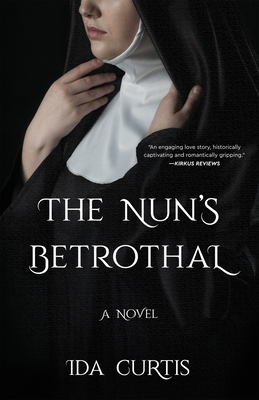 Just before taking her vows, Sister Gilda, along with Lord Justin, King Louis's counselor, is given a task: investigate grounds for the annulment of a marriage between Count Cedric and Lady Mariel. Together, they discover that Mariel believes she actually married Cedric's younger half-brother Phillip--Cedric's surrogate--at the marriage ceremony, and that Cedric plans to marry Lady Emma as soon as the annulment is granted. Emma and Phillip, meanwhile, have declared their love for each other.

Gilda and Justin must find a fair and just solution that will satisfy the principals, the archbishop, and the king--and at the same time deal with the distracting passion developing between the two of them. As they work together to unravel the mysterious circumstances of the count's marriage, their attraction grows--threatening Gilda's freedom and Justin's reputation.

Set in ninth-century France, The Nun's Betrothal is a suspenseful, romantic tale of court intrigue and forbidden love.