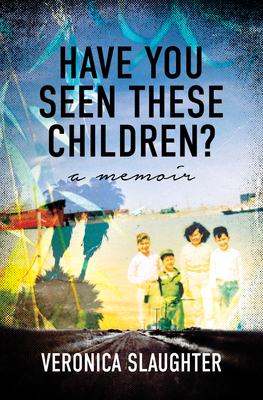 Have You Seen These Children?

Four young children caught between love and hate--hostages to the cruelty of revenge. A deceitful American father and a na ve decision by a Filipino mother transformed their lives forever. Valorie, Veronica, Vance, and Vincent's perfect world turned into a nightmare one hot afternoon in 1959 in Cebu, Philippines. What was to be a quick lunch with their father turned into a flight to America, where four dreadfully long years of running from state to state, hiding, and vanishing into the night followed. Kidnapped from the only world they knew, confusion quickly set in. At nine, Valorie, the eldest, liked seeing their father after his absence for over a year. Vance, a timid six-year-old, went along with whatever Valorie did. Vincent, the baby at three, cried for his mother while clinging to Veronica for comfort. Veronica, eight, was the only one who was truly panicked by what was happening around them--and she recognized instantly that she and her siblings would have to stick together in order to survive. In that moment, her childhood ended and the warrior within her emerged. Moving from state to state and school to school, avoiding the law, looking over their shoulders at every turn, the four Slaughter children found themselves fighting not only the heartbreak of separation from their loving mother but also poverty, discrimination, and abuse. Their only weapons were their deep love for one another and an unwavering determination to survive the trials they faced--and find their way back to their mother.


Praise For Have You Seen These Children?: A Memoir…

“A harrowing account of the life-long consequences victims of parental abductions experience―months, years, even decades after they are reunited with the left-behind parent. The author gives a first-person perspective of what it’s like to be robbed of the most basic need: access to one’s mother.”
― Lizbeth Meredith, author of Pieces of Me: Rescuing My Kidnapped Daughters

“Veronica Slaughter’s words are spellbinding and paint a vivid picture every step of the way throughout her journey. Once you start her book, I dare you to put it down before the end. This is a story of survival, love, and resilience. Reading it, you will laugh and cry, and afterward, you won’t be able to get it out of your head.”
― Tammy L. Coia, president and founder of TLC Writing Retreats

Dr. Veronica Slaughter was born in the Philippines to an American father and a Filipino mother in 1951. At eight, she, along with her siblings, were kidnapped by their father and brought to the United States. In spite of her turbulent childhood, she was able to achieve the American Dream through her resilience and determination. In 2017, she retired from her thirty-five-year chiropractic practice in California and moved to the beautiful island of Maui, where she continues to live with her many animals. She has one son; he lives in Northern California, and is the love of her life.
Loading...
or support indie stores by buying on