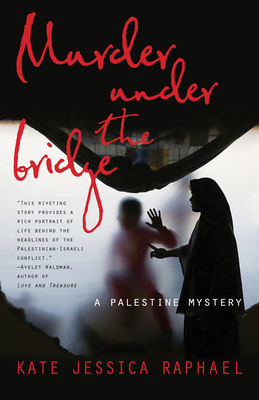 Murder Under the Bridge

Winner IPPY Silver in Mystery and IndieFab Finalist in Mystery and Multicultural Fiction
When Rania--the only female Palestinian police detective in the northern West Bank, as well as a young mother in a rural community where many believe women should not have such a dangerous career--discovers the body of a foreign woman on the edge of her village, no one seems to want her look too deeply into what's happened. But she finds an ally in Chloe--a gay, Jewish-American peace worker with a camera and a big attitude--and together, with the help of an annoying Israeli policeman, they work to solve the murder. As they do, secrets about war crimes and Israel's thriving sex trafficking trade begin to surface--and Rania finds everything she holds dear in jeopardy. Fast-paced and intricately plotted, Murder Under The Bridge offers mystery lovers an intimate view of one of the most fraught political conflicts on the planet.