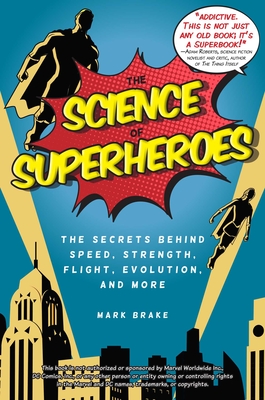 The Science of Superheroes

The Secrets Behind Speed, Strength, Flight, Evolution, and More

Discover the science behind the abilities of your favorite superheroes—the physics, chemistry, and biology of Superman, Iron Man, Captain Americam, Aquaman, Spiderman, Cyborg, and more!

The concept of the superhero has permeated our culture. They fascinate their fans with their incredible superhuman abilities and impressive technology. But do you ever wonder if any of it is plausible or rooted in fact?

Enter The Science of Superheroes, which address more than fifty topics that span the worlds of your favorite superheroes and villains. Explore and examine their amazing abilities and fantastic gadgets with a detailed scientific lens.

The scientific questions examined within this book include:

Whether you're a movie or comic buff, this book is certain to entertain and open your eyes to the truth behind these amazing characters.