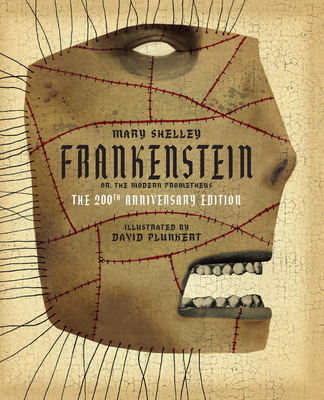 With detailed and evocative imagery, renowned artist David Plunkert takes readers on a dark journey into the greatest novel in the monster genre, Frankenstein.

The suspense and horror of Dr. Frankenstein reanimating assembled body parts, the monster spying on an unknowing family, and the creature's revenge on his maker take on a whole new meaning when accompanied by Plunkert's mystical, layered interpretations.

The Classics Reimagined series is a library of stunning collector's editions of unabridged classic novels illustrated by contemporary artists from around the world. Each artist offers his or her own unique, visual interpretation of the most well-loved, widely read, and avidly collected literature from renowned authors. From Alice's Adventures in Wonderland to The Adventures of Sherlock Holmes and from Jane Austen to Edgar Allan Poe, collect every beautiful volume.

Mary Wollstonecraft Shelley (30 August 1797 - 1 February 1851) was an English romantic/gothic novelist and the author of Frankenstein, or The Modern Prometheus. She was married to the Romantic poet Percy Bysshe Shelley.Mary Shelley was born Mary Wollstonecraft Godwin in Somers Town, in London, in 1797. She was the second daughter of famed feminist, philosopher, educator, and writer Mary Wollstonecraft. Her father was the equally famous anarchist philosopher, novelist, journalist, and atheist dissenter William Godwin. Her mother died of puerperal fever ten days after Mary was born.