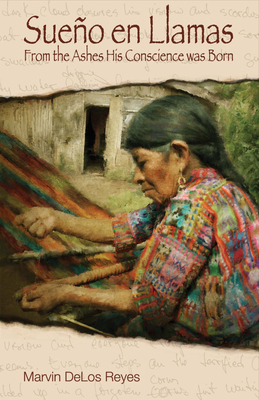 SUEÑO EN LLAMAS - from the Ashes His Conscience was Born (Paperback)

To die in a fire is one of the most terrible deaths. Who would want to die with the skin and muscles in ebullition "swallowing smoke, swallowing misery, swallowing one's own consciousness"? This happened to thirty six people the last day of January 1980 in the Spaniard Embassy in Guatemala City. If we had seen the episode, without a doubt, we would have frequent nightmares similar to the ones that hunt those who survived the years of the politics of terror with the "scorched land." Sueño en llamas is the awakening of the creative consciousness, is the selective amnesia as a cure against the reality that burns and terrorizes us. It is the story of the street children/half slaves trapped in the claws of the urban monster and the story of the immigrant who can't ignore the calling of his country's own history to find himself, to find ourselves. It is the narration of the awaiting; the closing of the circle with the magic of a song in Ixil that the abuela can no longer sing. This novel tells an episode of the Central American history that we all must carry in our conscience. ‘Oh thank God, it was just a nightmare,' we wish we could say when we wake up…

I was born in the land of Miguel Ángel Asturias when my very first rebel action forced my parents to break the curfew imposed by the Carnicero de Zacapa, Zacapa's butcher. Somehow I was able to germinate despite the multiple military boots that stepped on the fertile soil where I was incubated. Then among multiple tear-gas bombs and walk-offs organized by students' leaders, I finally finished High School. Fed up with the whole situation and knowing at least how to say "hello" I migrated to the United States. For a while and much like any other migrant I was "steamed to perfection" in the kitchen of a metropolitan area hotel but then with more determination than vocabulary, I decided to attend the American University. After who knows how many cups of coffee and three-hour sleep nights, I obtained in 2001 a Bachelor's degree in Visual Media and two years later a Master's degree in Latin America Studies with emphasis in its beautiful literature. It was in these years that I found myself wrapped around this existential anguish result of my upbringings that I discovered that I wanted to tell stories to help me forget for just one moment the solitude that accompany those of us who leave behind their feelings to achieve what they want. And that is basically why now my fingers keep tapping on my keyboard to see if I can be joined by an accomplice that will accompany me to go beyond what history tells us, to find out what really happened; having the certainty that literature is the best way to come together without the fear of having to know each other.
or
Not Currently Available for Direct Purchase
Copyright © 2020 American Booksellers Association