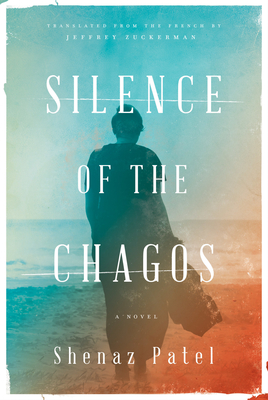 Silence of the Chagos

Based on the true, still-unfolding story of the expelled Chagossians’ fight for their homeland, Silence of the Chagos is a powerful exploration of cultural identity, the concept of home, and above all the neverending desire for justice.

Every afternoon a woman in a red headscarf walks to the end of the quay and looks out over the water, fixing her gaze “back there”—to Diego Garcia, one of the small islands forming the Chagos archipelago in the Indian Ocean. With no explanation, no forewarning, and only an hour to pack their belongings, the entire population of Diego Garcia was forced on a boat headed to Mauritius. Government officials told Charlesia that the island was “closed;” there was no going back for any of them.

Charlesia longs for life on Diego Garcia, where she spent her days harvesting coconuts and her nights dancing to sega music. As she struggles to come to terms with the injustice of her new reality, Charlesia crosses paths with Désiré, a young man born on the one-way journey to Mauritius. Désiré has never set foot on Diego Garcia, but as Charlesia unfolds the dramatic story of their people, he learns of the home he never knew and of the life he might have had.

Praise For Silence of the Chagos: A Novel…

“This novel has two voices, those of Charlesia and Désiré, both of whom are foreigners, natives of the Chagos archipelago, living in exile in Mauritius, an island that is a paradise for some but a hell for them. The Chagos are an archipelago that would have been hidden in the depths of the Indian Ocean, had Americans not built a military base to bombard other countries. Charlesia and Désiré live and breathe; the Mauritian writer Shenaz Patel introduces us to them and gives them voice again.”

“From scenes of daily life to the horrors of forced exile, through the grief of deculturation and the experience of an impossible identity, Patel interrogates the relationship between political expediency and its all-too-human consequences, between the abstract needs of international security and the concrete needs of the individual, and above all between the rich and the poor.”

"A young man's journey of self-discovery illuminates the heart-wrenching history of the Chagos Archipelago, a little-known part of the world.... Patel, a Mauritian journalist, uses her cast of characters to narrate a keenly observed story, translated from French, about displacement…. The story ... serves an important function: to inform readers about the unseen collateral damage of geopolitical games of Risk. The bullies on the playground dictate the terms since they know the weaker players have no currency they can truly leverage. A fierce and evocative telling of the strangled arc of a peace-loving people."

"Patel provides a clear sense of Chagossian culture amid her eloquent tracing of her characters’ pain. This is a moving exploration of helplessness in the face of global powers."

"Shenaz Patel’s Silence of the Chagos testifies to the effects of that secret exchange through three Chagossians’ experiences of displacement and the story of the ill-fated ship that transported human cargo during the island’s surprise evacuation. Dreamy and lyrical, the novel fictionalizes their experiences and captures the formless ennui of a grieving people denied not only their home, but their identity…. Patel’s compelling afterword adds a nonfiction precis that fills in many of the imagined narrative’s telling omissions…. Stateless yet forbidden to return to their island home, the Chagossians have given up on silence; Patel’s book bears witness to their struggle."

"'Some twenty years ago, I was struck by a photo showing barefoot women on the road facing the armed police. They were Chagossian women protesting in Mauritius with astonishing determination.' This photo, which she's never forgotten, is the inspiration for the Mauritian novelist and journalist Shenaz Patel's third book. Mingling various voices, Patel describes, in a bitter, clear-cut style, the tragedy of the inhabitants of the Chagos, those coral islands of the Indian Ocean that were turned into an American military base and whose inhabitants had been banished to Mauritius between 1967 and 1972. With a prose that seeps and stings, and a sharp sensibility, Shenaz Patel breathes life into the painful nostalgia, the lingering memories, and the eternal incomprehension of these expelled from a string of lost islands."
— Le Monde

“Shenaz Patel, a Mauritian, has penned this historical novel, bringing to light the plight of the displaced Chagossians. Their forceful evacuation, and life thereafter in Mauritius, and their appeals are revealed in some detail. Patel’s intensive research (including Wikileaks) and interviews of the displaced shows in the narrative…. This is a timely novel, in support of the Chagossians’ long struggle for repatriation…. [Its] nonlinear structure holds our interest. Highly recommended.”

“This is a beautifully written and translated story of the people of the islands of Chagos and their continuing fight to return to their homeland…. Mauritian author Shenaz Patel relates this traumatic story with gentle yet unflinching clarity of the effects of forced displacement on body, memory, relationships and identity.”
—Karla Strand, Ms. Magazine
— Karla Strand

“A product of many years, the result is a searing, meticulously detailed account of the deportation of the Chagossian people and their struggles in Mauritius…. The novel is emblematic of the Chagossian matrifocal tradition — a child seeking knowledge of himself and of his heritage through the women of his community — but it is also an act of collective memory since it was woven not by Patel alone, but with the narratives of the Chagossians exiled in Mauritius. One of Patel’s great strengths is her ability to infuse the novel with a cornucopia of details about Chagossian culture, without the text ever feeling laden, forced, or academic…. Without these constant acts of retelling, memory’s left to die. The future’s still uncertain, but the dissemination of the Chagossians’ story is a crucial way of ensuring that the struggle lives on.”

Shenaz Patel is a journalist and writer from the island of Mauritius, in the Indian Ocean. She is the author of several novels, plays, short stories, and children’s books. She was an IWP (International Writers Program) Honorary Fellow in the U.S. in 2016, and was a fellow at the W. E. B Du Bois Research Institute at the Hutchins Center at Harvard University in 2018.

Jeffrey Zuckerman is an award-winning translator from French of titles ranging from Jean Genet’s The Criminal Child to Ananda Devi’s Eve Out of Her Ruins.
Loading...
or support indie stores by buying on