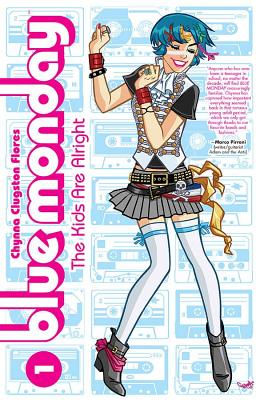 The Kids Are Alright

BLUE MONDAY comes to IMAGE COMICS for the first time in FULL COLOR
Before the upcoming release of the new storyline, THIEVES LIKE US, experience the Pepsi-fueled misadventures of Bleu L. Finnegan, comics' favorite blue-haired, Buster Keaton-obsessed, Adam Ant-worshipping teenager from the very beginning Featuring an introduction from Kieron Gillen (THE WICKED + THE DIVINE), learn why this highly influential and critically-acclaimed comedy series has often been compared to the comics work of Rumiko Takahashi and the John Hughes/Molly Ringwald film collaborations of the 1980s. This volume collects the original mini-series as well as early short stories and more.