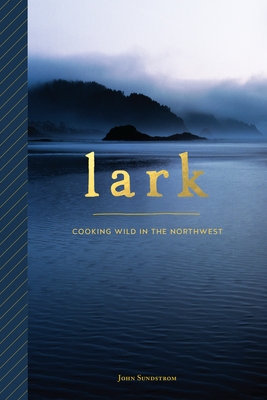 Cooking Wild in the Northwest

"A love letter to local food sources, and to cookbook fans in the Pacific Northwest and beyond."
—Portland Monthly

James Beard Award-winning chef John Sundstrom tells the story of Seattle’s popular restaurant, Lark, and shares his recipes for the local seasonal cuisine that has made it a Northwest destination for over ten years.

Now available in paperback, Lark is John Sundstrom’s culinary homage to the Pacific Northwest, inspiration for his rustic yet elegant cuisine. In this new edition Sundstrom adds a chapter of his restaurant’s favorite everyday kitchen staples, including recipes for cordials and syrups, house-made pasta, mayonnaise, dressings, breads, and smoked and pickled foods. Lark celebrates the distinctly moody and majestic Northwest and its bounty of ingredients with more than 100 recipes and stunning full-color photographs.

Praise For Lark: Cooking Wild in the Northwest…

"John Sundstrom's food dazzles, whether it's a pot of the richest, creamiest mashers this side of France or a plate of luscious yellowtail crudo brightened with fennel pollen. "
—Tom Douglas, Chef/Owner of Tom Douglas Restaurants

"Johnathan Sundstrom has brought the beauty and bounty of his beloved Northwest so boldly and vibrantly to the pages of this book that I want to climb into its pages and eat, sleep, drink, and COOK that region NOW. . . . what a very personal and gorgeous book!"
—Suzanne Goin, Chef/Owner Lucques, A.O.C., Tavern

"I've been waiting for this cookbook. . . .  these pages are a treasure trove to return to again and again."
—Langdon Cook, author of Fat of the Land: Adventures of a 21st Century Forager

"The defining element of the book is Sundstrom's deep love for the Pacific Northwest, which will resonate with people who may not even be that interested in food. This is a man who, after much thinking, decided we have just three seasons and gave them evocative names--Mist, Evergreen, and Bounty—and spends some time waxing poetic about them, and encouraging you to go get lost in the woods."
—Angela Garbes, The Stranger

"Lark tells the story of a way of cooking and interacting with the earth that draws you in and makes you want to be a part of it. It is comprehensive, not only including recipes, but also ways of dealing with ingredients and sourcing food."
—Lottie + Doof, Award-winning Chicago Food Blog

"A love letter to local food sources, and to cookbook fans in the Pacific Northwest and beyond."
—Allison Jones, Portland Monthly

"If the rest of the world cooked and ate true-to-season and locally the way John demonstrates in this gem of a book, we could cure environments, restore culture, and know what it is to love food and those who bring it to us. "
—Michel Nischan, President and CEO of Wholesome Wave

“Over 100 recipes do justice to the rich bounty…of the Northwest, with a special chapter dedicated to his restaurant’s favourite everyday kitchen staples, including cordials and syrups, house-made pasta, mayonnaise, dressings, breads and smoked and pickled foods.”
—Fine Dining Lovers

“Lark about with a taste of John Sundstrom’s Seattle-based restaurant, a true homage to the wild Pacific Northwest.”
—Country & Town House Magazine

“[The] cookbook of the year.”
—Seattle Magazine

“Besides the careful recipes, [this cookbook] is filled with beautiful photography and inspiration, making it a worthy addition to your shelf.”
—The Inlander

John Sundstrom is chef and owner of Lark restaurant in Seattle. He has been named one of Food & Wine’s Best New Chefs, won an IACP Judges Choice Award, and won a James Beard Award for Best Chef Northwest.

Salt Lake City-born John Sundstrom apprenticed in a traditional Japanese restaurant for four years before graduating from the New England Culinary Institute in 1989. Sundstrom staged his way across New York and San Francisco, cooking in the kitchens of Daniel Boulud, Jean-Georges Vongerichten, Diane Forley, Gary Danko, and Traci Des Jardins. In 2003 Sundstrom opened Lark, and in 2007, won the James Beard Award for “Best Chef, Northwest.”
Loading...
or
Not Currently Available for Direct Purchase