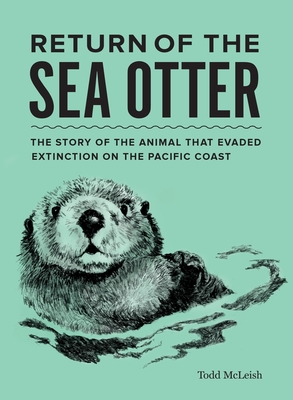 Return of the Sea Otter

A science journalist's journey along the Pacific Coast from California to Alaska to track the status, health, habits, personality, and viability of sea otters--the appealing species unique to this coastline that was hunted to near extinction in the 18th and 19th centuries.

These adorable, furry marine mammals--often seen floating on their backs holding hands--reveal the health of the coastal ecosystem along the Pacific Ocean. Once hunted for their prized fur during the 1700s and 1800s, these animals nearly went extinct. Only now, nearly a century after hunting ceased, are populations showing stable growth in some places. Sea otters are a keystone species in coastal areas, feeding on sea urchins, clams, crab, and other crustaceans. When they are present, kelp beds are thick and healthy, providing homes for an array of sealife. When otters disappear, sea urchins take over, and the kelp disappears along with all of the creatures that live in the beds. Now, thanks to their protected status, sea otters are making a comeback in California, Washington, and Alaska.

Praise For Return of the Sea Otter: The Story of the Animal That Evaded Extinction on the Pacific Coast…

Named One of The Best Books of 2018 About Climate Change, Conservation And The Environment by Forbes

"This hopeful book, written by a science journalist who traveled North America’s west coast from California to Alaska, details the sea otter’s remarkable comeback story from the brink of extinction, the conservation efforts that helped it, and the challenges to so-called 'sustainable fisheries' that this comeback presents. Entertaining and yet still scientifically accurate, this inspiring book will be enjoyed by conservation biologists as well as by citizen scientists, students of the sciences, and by nonspecialists."
—Forbes.com

“Todd McLeish does a masterful job of weaving together conservation politics with intriguing details of the sea otter's irreplaceable role in the nearshore ecosystem. At once heartbreaking and hopeful, I was captivated by this story!”
—Leigh Calvez, author of The Hidden Lives of Owls

“Whether you are in the camp that defines sea otters as the epitome of cute or with the abalone, sea cucumber, or urchin fishermen that see them as their nemesis, there is no debating that sea otters play a key role in shaping healthy nearshore ocean ecosystems. From Alaska to California, these fascinating and complex animals have survived centuries of harvest and persecution and, in at least one location, even targeting as prey by killer whales. In his book Return of the Sea Otter, Todd McLeish tells this story. But he also tells the other side of the story: the one of multiple translocation efforts, research, and rehabilitation--the story of people committed to making the world a better place, once species at a time. Beautifully written, entertaining, and engaging, McLeish’s tale of the sea otter will make you love this incredible animal and the ocean even more, and will leave you with hope that our efforts to heal our stressed ocean can and will make a difference.”
—Joseph K. Gaydos, coauthor of The Salish Sea

"Captivating. McLeish does well to provide a full portrait of this adorable and ecologically important animal."
—Publishers Weekly

"An excellent introduction to marine biology and to a charismatic species and...a welcome addition to any natural history library."
—Foreword Reviews

"Highly entertaining....A healthy sea-otter population is crucial for a healthy Pacific-coast ecosystem, and the author’s enthusiasm for the world’s cutest keystone species makes believers of all of us."
—Booklist, starred review

"Delightful...will have any reader spouting off charming otter facts for days. Recommended for anyone interested in natural history, environmental writing, or adorable animals."
—Library Journal

“Todd McLeish has a knack for writing accessible, easy-to-grasp books about wildlife and nature.”
—The Rhode Island Independent

Todd McLeish is a science writer with three published books, all on natural history topics: Narwhals, Basking with Humpbacks, and Golden Wings and Hairy Toes: New England Wildlife. He is a popular public speaker on cruise ships and at museums and environmental centers and has published articles on wildlife topics in Earthwatch Journal, Bird Watcher's Digest, WildBird, and Natural New England, among other publications.
Loading...
or support indie stores by buying on