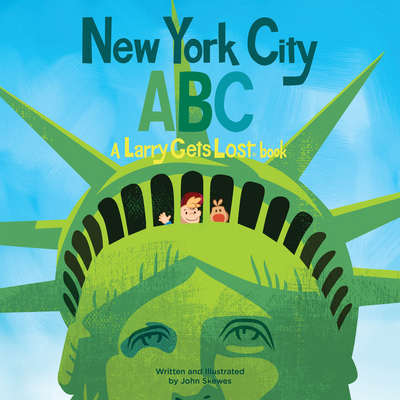 This companion to the best-selling Larry Gets Lost in New York City follows Larry and his owner, Pete, on an alphabetical journey through the Big Apple.

A playful, colorful alphabet book based on the popular Larry Gets Lost in New York City children's book. Larry, the pup, and his best friend, Pete, discover New York City from A (Art at the Museum of Modern Art) to Z (Bronx Zoo), and everything in between. G is for Grand Central. S is for the Skyline and the Subway. Kids will have fun discovering their city as they learn their ABCs.

John Skewes is a professional illustrator living in Seattle. As the creator and illustrator of the award-winning Larry Gets Lost® children’s book series, John has followed Larry from the southern tip of Texas to tiny Nome, Alaska, and has been lost several times himself.
Loading...
or
Not Currently Available for Direct Purchase