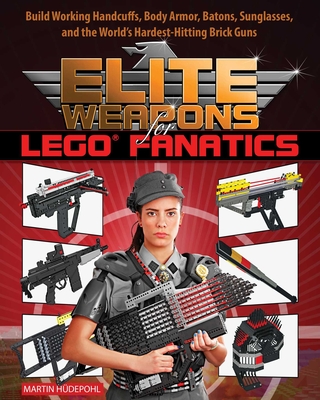 Martin Hüdepohl (a.k.a. Xubor) is one of the most renowned freelance LEGO designers. He wrote the world’s first LEGO gun book in 2008 and now, after seven years of designing and inventing, has written his masterpiece: Elite Weapons for LEGO Fanatics—the last book you’ll ever need to build working LEGO weapons. He is also the author of Badass LEGO Guns and Weapons for LEGO Lovers and works as a programmer, designer, and musician. Check out the full Bill of Materials for his book at www.xubor.com/elitebom. Martin lives in Hamburg, Germany.
Loading...
or support indie stores by buying on