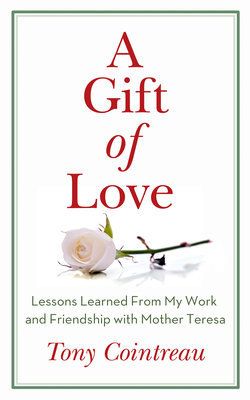 Lessons Learned from My Work and Friendship with Mother Teresa

I wrote A Gift of Love because people kept asking me to do so, telling me that there was a great need for it. Perhaps it was their parents who were dying, or another family member, or a close friend, and they needed to know what they could do for their loved ones in those last weeks, days, or hours. They knew that I had worked with Mother Teresa as a volunteer in her homes for the dying, and had twelve years' experience in what they were facing perhaps for the first time, and asked me to pass on some of my knowledge. In 1979, when I saw a magazine photograph of one of Mother Teresa's volunteers carrying a dying man in his arms, I knew in an instant that I had to become a part of this work. It was certainly not a religious calling, but a simple calling to give something of myself to others. I felt that if I could comfort one dying person, my life would have had purpose. It took me ten years to enter the world that I had only seen a glimpse of in that magazine article. When I did, it was during the worst of the AIDS crisis in the United States, in a hospice called "Gift of Love" in New York City, which had been opened by Mother Teresa in 1985. It had room for fifteen dying men, most of them from a world I had never known?a world of drugs, poverty, and crime, a far cry from the privileged life of ch teaus in Europe that I had been brought up in, and later on, the world of show business in which I had been able to fulfill some of my greatest dreams. In the years to come, these men, who were dying of AIDS and had never been given much of a chance in life, taught me not only about the many ways to help others die in an atmosphere of peace and love, but also how to enjoy the richness of living our lives fully until the very end. Whenever Mother Teresa asked me to sing for her on her little terrace in Calcutta, I never said "No." And when I asked her to help me write about caring for loved ones in their last days, she also never said "No." What a blessing--thank you, Mother If I can reach just one person who is flailing around in panic and fear while trying to help a loved one at the end of their life, my journey will have been worthwhile.

Tony Cointreau, a member of the French liqueur Cointreau family, was born into a life of wealth and privilege, growing up among the rich and famous. His maternal grandmother was an opera star, and Tony's own voice led him to a successful international singing career. His paternal heritage put him on the Cointreau board of directors. But he felt a need for something more meaningful in his life--and his heart led him to Calcutta and Mother Teresa. Tony's childhood experiences--an emotionally remote mother; a Swiss nanny who constantly told him, "Mother only loves you when you're perfect;" an angry, bullying older brother; and a sexually predatory fourth-grade schoolteacher--convinced him that the only way to be loved is to be perfect. He set out on a lifelong quest for a loving mother figure and unconditional love, and he found it with Mother Teresa and her work. She became another mother for him, as he describes in his memoir, Ethel Merman, Mother Teresa... and Me. Tony volunteered in Mother Teresa's hospices for twelve years, learning to give unconditional love, and helping more than one hundred people while they were dying.
Loading...
or
Not Currently Available for Direct Purchase