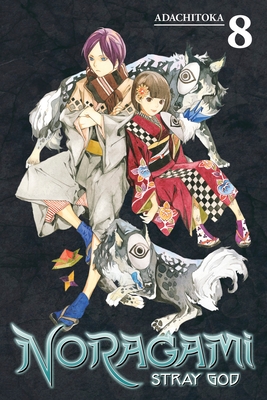 Yato is a homeless god. He doesn't even have a shrine, not to mention worshippers! So to achieve his ambitious goals, he's set up a service to help those in need (for a small fee), hoping he'll eventually raise enough money to build himself the lavish temple of his dreams. Of course, he can't afford to be picky, so Yato accepts all kinds of jobs, from finding lost kittens to helping a student overcome bullies at school.

Yato has a fateful encounter with Hiyori, a human who tries to save him from getting run over by a bus. Hiyori is hit by the bus, but somehow avoids serious injury. Further, it seems she's undergone a strange change where she can remove her spirit from her corporeal body. Yato seems somehow involved or responsible for Hiyori's change. Could Hiyori be the divine weapon that Yato needs?