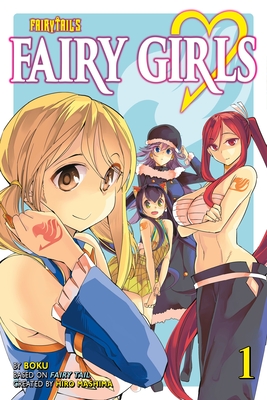 FAIRY TAIL'S BETTER HALF!
In the Kingdom of Fiore, wizards are commonplace, but the powerful women of Fairy Tail are each one of a kind! And after fighting their way to the top of the Grand Magic Games, Lucy, Erza, Wendy, and Juvia deserve a vacation. The wizards slip out of the victory celebration to do some sightseeing as a foursome, but where Fairy Tail goes, trouble’s never far behind, and soon they find themselves caught up in yet another chaotic bought of spells lining…with the fate of Fiore in the balance!