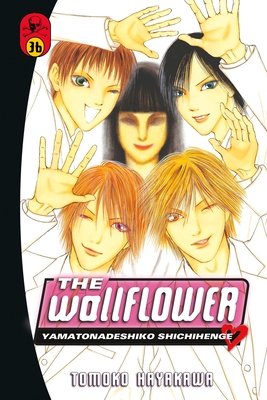 The mad dash to ladyhood for horror-girl Sunako and her dazzlingly beautiful boys draws to a close in their last adventure. Things start to heat up for Sunako and Kyohei, as the romance between the unlikely couple reaches maximum levels!

As they interact with each other at a Halloween party, the Mori High Cultural Festival, and even a cruise ship, it seems that Sunako may finally become a lady! But you can be the judge of that as you read the final volume of The Wallflower!

TOMOKO HAYAKAWA has written several manga series, but The Wallflower (Yamatonadeshiko Shichihenge) is her most popular.
Loading...
or support indie stores by buying on
(This book is on backorder)