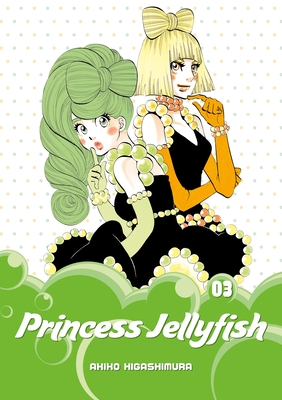 Inari, the aggressive vixen of redevelopment, ramps up her efforts to buy out Amamizu-kan, where Tsukimi and her friends live. But Kuranosuke has a fabulous plan of attack—turn Tsukimi’s jellyfish designs into a reality! Will becoming real fashion designers be more than Amars can handle? Meanwhile, Shu’s interest inTsukimi drives Kuranosuke to confront some feelings he’s never dealt with before…

One of Japan's most popular authors of manga for women, Akiko Higashimura has created more than a dozen series, including Kakukaku Shikajika and Mama's A Temparist. After its adaptation into a popular anime and live-action film, Princess Jellyfish is her first work to be released in English, making her one of the Japanese manga world's best-kept secrets.
Loading...
or support indie stores by buying on
(This book is on backorder)