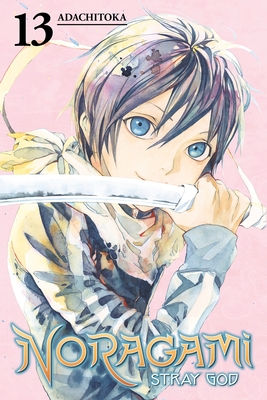 Hiyori knows Kōto’s real identity, and she’s determined not to let him mess with her anymore. When he comes to pick on her again, she confronts him about Yato and refuses to back down. She’s not afraid of him, but incurring the wrath of Yato’s father comes with dire consequences.

AdachiToka is the mash-up pen name for two female artists: Adachi draws the foreground characters and Tokashiki draws the backgrounds. They have previously worked on Alive, which was published in the US by Del Rey Manga.
Loading...
or support indie stores by buying on
(This book is on backorder)